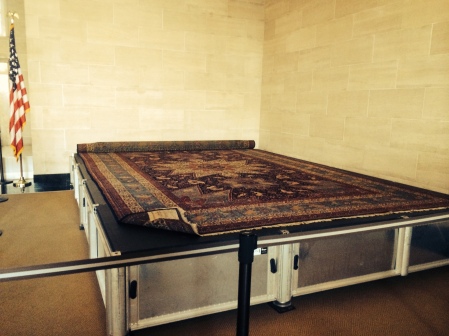 My trip to Washington DC last week was extremely moving for many reasons (see my prior blog post). But one of the biggest reasons the trip was meaningful was the special piece seen in the photo above.

I was in town for meetings with an Armenian women’s organization I currently chair, along with a few of my fellow officers. And we had the opportunity to see a treasure at the White House Visitors Center: The Armenian Orphan Rug, given to President Calvin Coolidge in 1925 by the Near East Relief Society as a gift of gratitude for the United States’ assistance in helping 100,000 Armenian orphans displaced by the 1915 Armenian Genocide, perpetrated by Ottoman Turkey (and still denied to this day). 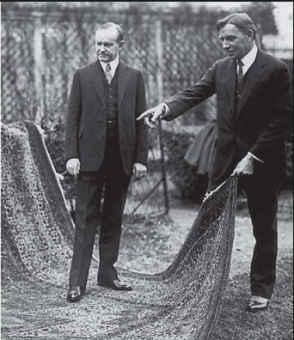 In an orphanage in Ghazir (formerly in Syria, now in Lebanon), right after the Armenian Genocide, 400 Armenian orphan girls made this rug, spending 18 months weaving four million knots into this 18-foot masterpiece, depicting scenes reminiscent of the Garden of Eden, as well as lions, unicorns, eagles and birds in a beautiful center medallion, surrounded by other intricate patterns. It was breathtaking to see, and heartbreaking at the same time.