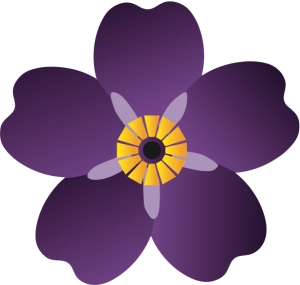 The purple forget-me-not flower is the official emblem of the worldwide 100th Commemoration of the Armenian Genocide. See http://armeniangenocide100.org.

The week ahead is 100 years in the making.

The 100th Anniversary of the Armenian Genocide of 1915 will be commemorated this week around the world, at a variety of marches, events, services, performances and monuments, on April 24th. Those who call ourselves Armenian, or who are friends with Armenians, are all too familiar with this milestone tragedy in world history.

But many are not familiar with this, the first genocide of the 20th century — Ottoman Turkey’s systematic killings of 1.5 million Armenians – as well as Assyrians and others – in their effort to create a pan-Turkish state.

Hitler studied this atrocity when planning the Holocaust; lawyer and scholar Raphael Lemkin coined the word “genocide” in the early 1940s in response to what happened to the Armenians in 1915; documentation is clear and deep in worldwide archives — 145 articles in The New York Times alone that year, Turkish military records and memos authorizing murder, first-hand foreign diplomat accounts by letter, photos too gruesome to show here, missionary diaries, and family oral histories. Turkey wanted these enterprising Armenian Christians wiped off the face of the earth. Kill the leaders and drive the rest into the desert to die.

“When the Turkish authorities gave the orders for these deportations, they were merely giving the death warrant to a whole race; they understood this well, and, in their conversations with me, they made no particular attempt to conceal the fact. . . . I am confident that the whole history of the human race contains no such horrible episode as this. The great massacres and persecutions of the past seem almost insignificant when compared to the sufferings of the Armenian race in 1915.”